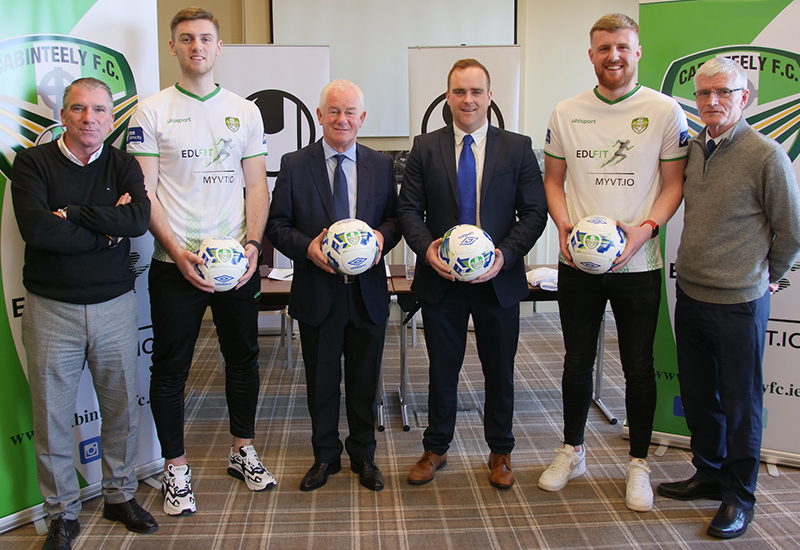 The sponsorship deal will cover the First Team Front of Jersey as well as the deployment of EDUFIT Training and Communications software platforms to the entire club.

Cabinteely Football Club is a community based, volunteer led club catering for 65 teams from U5 to League of Ireland, boys and girls, women and men, Over 35’s, Special Olympics and Football for All under the banner Football for All from Small to Tall.

EDUFIT was founded by Dun Laoghaire man, Brendan Kavanagh, a serial entrepreneur who has a 35-year track record in growing companies in the Oil and Gas Industry, and in the last decade has launched a number of companies in the Educational Technology and Recruitment Sector. He is founder of Olive Group which deploys Recruitment Education and Compliance app Technologies to over 26 countries.

Mr Kavanagh is known to Cabinteely FC Director of Football and First Team Manager, Pat Devlin, for many years and it was he who introduced the businessman to the club.

EDUFIT, one of Kavanagh’s companies, which has provided apps for TRAINING AND COMPLIANCE for coaches in the Gym and Club Sports Sector, will be the brand sponsor of Cabinteely Football Club.

Announcing his First Team Squad for 2020, Pat Devlin, said he was very pleased with the squad he had assembled for the season.

“As a League of Ireland Club Cabinteely has developed season upon season over the last five years or so culminating in us reaching the First Division Play Offs last season with a very young squad, only losing out at the penultimate stage in the promotion race”, Pat Devlin said.

“Our 2020 squad contains a nice blend of youth and experience and once again it is pleasing to be able to include quite a number of players who have come through the Cabinteely system and I look forward to giving these players a chance throughout the season. I’m excited about the season ahead not just for the First Team but also for our National League Underage teams as well as all underage and adult team in the club”, he added.

Speaking of the partnership with EDUFIT Pat Devlin said, “There is a lot of talk these days about compliance and corporate governance and learning in football. After months of negotiations I think that the EDUFIT brand is the perfect fit for a club as expansive as Cabinteely”.

“EDUFIT will not only support Cabinteely’s First Team through its Front of Jersey Sponsorship but it will provide technological support to Managers, Coaches, Players, Members and Volunteers that will fit the needs of the club at all levels. I expect that the product will also be of enormous interest to other sporting organisations at national and club level. I look forward to working with Brendan Kavanagh and his team as we work this partnership through over the next there years”, he concluded. 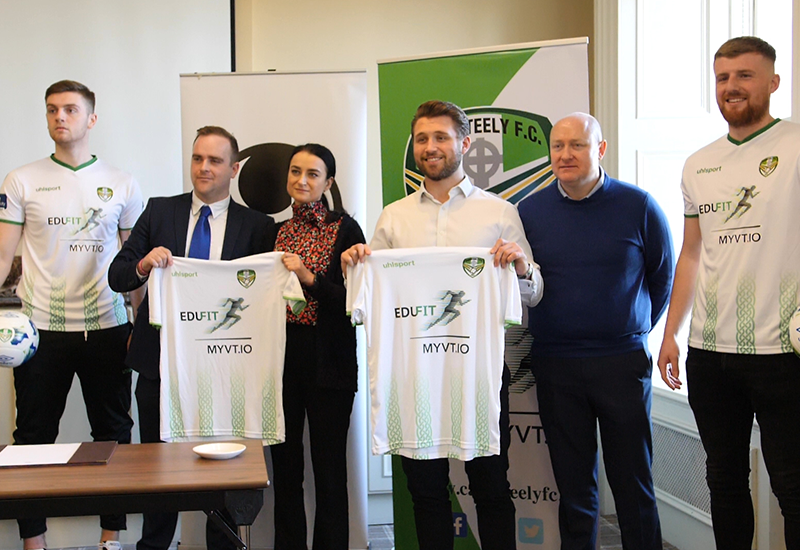 Founder of EDUFIT Brendan Kavanagh said ” I and my team are thrilled to be part of Cabinteely’s amazing story and I look forward to being an active Sponsor not just for the First Team but also to help bring mobile and 3D technology to all of the Managers, Coaches, Players and Volunteers to help with organising, training and games. This is all included in our sponsorship”.

“I wish Pat Devlin, his Management Team and Players every success for the 2020 SSE Airtricity League of Ireland season as I do for all teams who wear the white and green of Cabinteely this year”, he added.

Welcoming the partnership with Olive Media Group through the brand, EDUFIT, Larry Bass, Chairman of Cabinteely FC said that it represented a vote of confidence in what the club was trying to do on and off the pitch.

“With a club as diverse as Cabinteely it is important that we are in a position to reach out to all strands and areas within the club and through the technology and support available from EDUFIT we can now provide a virtual hub from which all involved in the club can obtain knowledge and training that will help them in their roles within the club and I thank Brendan Kavanagh and his colleagues for tremendous support in this regard”.

“Pat Devlin, his Management Team and Players brought us on a great journey in 2019 and once again Pat has assembled a First Team Squad that gives us a great chance to enjoy a similar journey in 2020. I wish him every good wish for a new and exciting season”, he concluded. 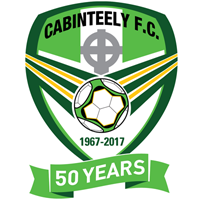